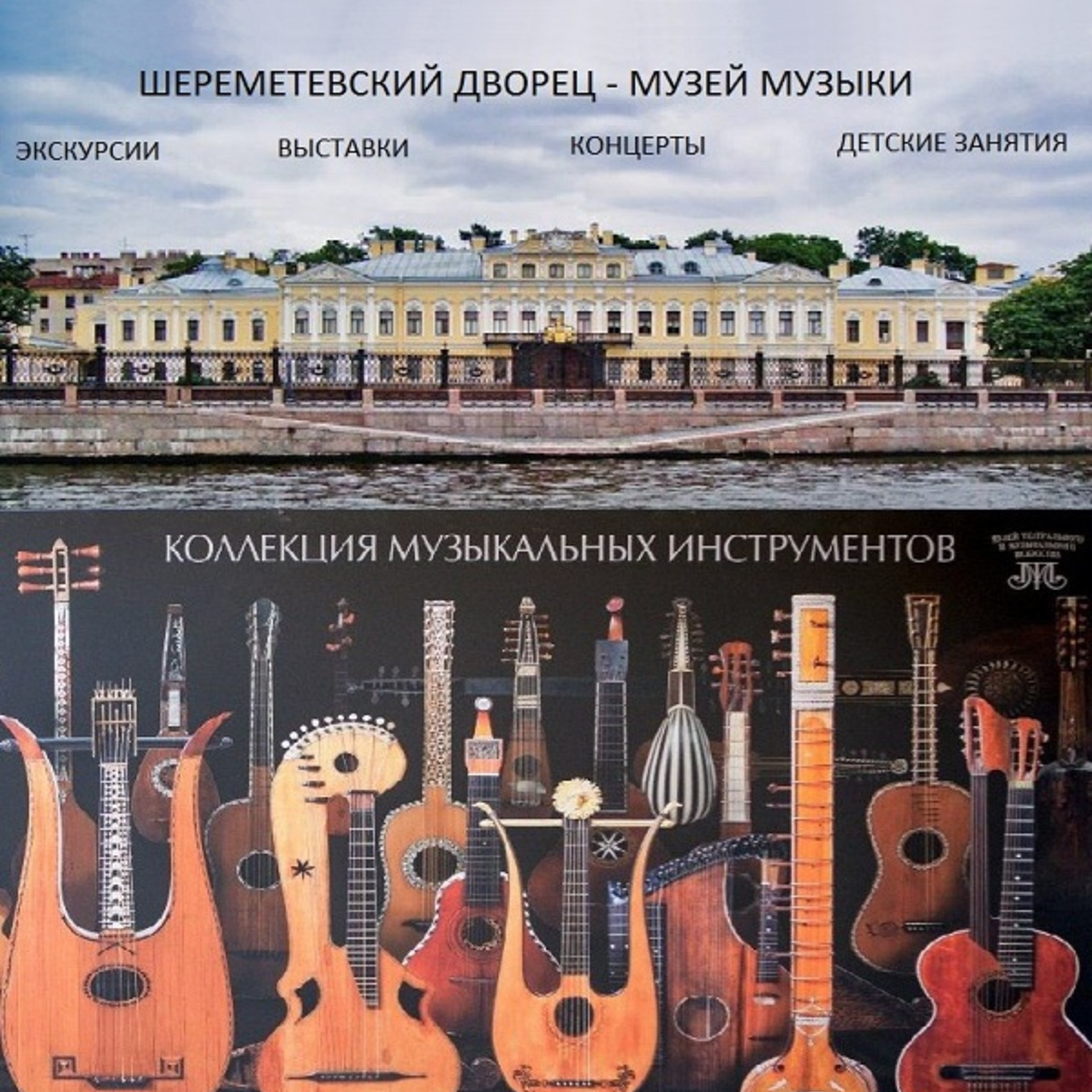 Site
http://www.theatremuseum.ru/ru/brn_shr.html
E-mail
[email protected]
Phone
+7 (812) 272 - 44 - 41
Payment by card
Dedicated parking
Conditioners
Working hours
Wednesday: 13:00 - 21:00. Thu - Mon: 11:00 - 19:00. Day off: Tuesday and last Wednesday of the month.
The former estate of the counts Sheremetev is a unique historical and cultural monument and a rare Petersburg sample of an urban mansion.

The land along the Fontanka river (unnamed Eric) was granted by Peter the great field – Marshal, count Sheremetevo in 1712 a two – storeyed stone Palace that exists today, was built in 1750 Architect built – S. Chevakinsky. There is a reason to believe that were used in the project drawings of F. B. Rastrelli.

The development of the estate continued for two centuries. In creating the interiors of the Palace and manor buildings at various times participated architects F. C. Argunov, I. D. Starov, A. N. Voronikhin, D. Quarenghi, H. Meyer, D. Quadri, I. D. Corsini, N. L. Benoit, A. K. Serebryakov and other.

Before 1917, the Sheremetev Palace, and the manor was owned by five generations of the senior (count) branch of the famous Russian of the Sheremetev family.

After the revolution, the Sheremetev Palace has been preserved intact as a Museum noble life lasted until 1931 the basis of its foundations were laid spread over 200 years private collection of the Sheremetevs, representing a complex of various layers. Assembly, universal character and diverse subjects included scenic art gallery, a collection of sculptures, weapons, coins, objects of decorative art (including meetings of bronze, porcelain, silver, furniture), the library (music and book collection, manuscripts, postcards), a collection of Church plate and icons (from the house of the Church of the fountain house), etc.

Later and until 1984 Sheremetev Palace was adapted for the needs of research institutions. Its interiors were killed, and the collections were transferred to the leading museums of Leningrad and Moscow, with the exception of certain items of interior decoration, remaining in the building.

In 1990, the Sheremetev Palace was transferred to the Museum of theatre and music to create music Museum of St. Petersburg and the host state collection of musical instruments. Since the end of 1980-ies in the Sheremetev Palace began restoration work associated with the reconstruction of the ceremonial and memorial interiors of the nineteenth century.

Now restored most halls Sheremetev Palace, donated to the Museum in a deplorable condition. The exhibition is arranged in three directions: a) the history of the Sheremetev family and the noble life of the XVIII – XX centuries b) open – ended funds a unique collection of musical instruments; с) the exhibition of private collections.

In the Museum there is a permanent exhibition “Sheremetev and the musical life of St. Petersburg XVIII – early XX centuries”, which opened in 1995 and implemented in collaboration with the State Hermitage, the State Russian Museum, the national library of Russia, Pushkin House, the State Tretyakov gallery, Ostankino Palace Museum, the Museum of Russian porcelain Kuskovo, the owners of private collections.

Music collection Sheremetev Palace has more than three thousand instruments and is one of the five largest in the world and the best in Russia. It includes tools designed by the renowned Western European and Russian masters of the XVI – XX centuries; memorial instruments composers of the Russian school of the XIX – XX centuries; the collection, belonging to the Imperial family of the Romanovs; the unique Russian horn orchestra; musical instruments all over the world.

Among the exhibits: violin that belonged to the M. I. Glinka, a collection of flutes Alexander I, cello Nicholas II the wizard A. Jaco, four cornets, which belonged to Emperor Alexander III, violin work of the Italian artist Francesco Stradivari, elefanty donated by the Empress Alexandra to Tsar Nicholas II, Russian horn orchestra. 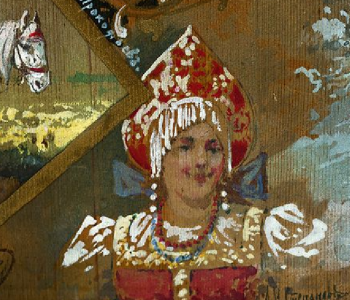 Events within the framework of the exhibition “Balalaika – Russian Detective”
Other 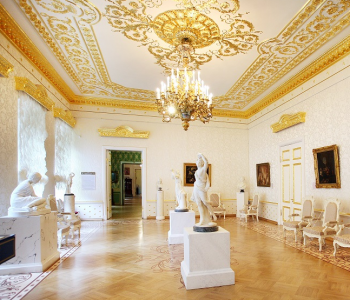 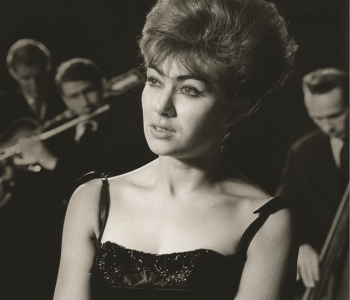 Exhibition «I was born twice». To the anniversary of Edita Piechi»
Exhibitions 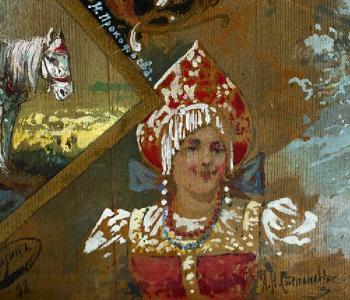 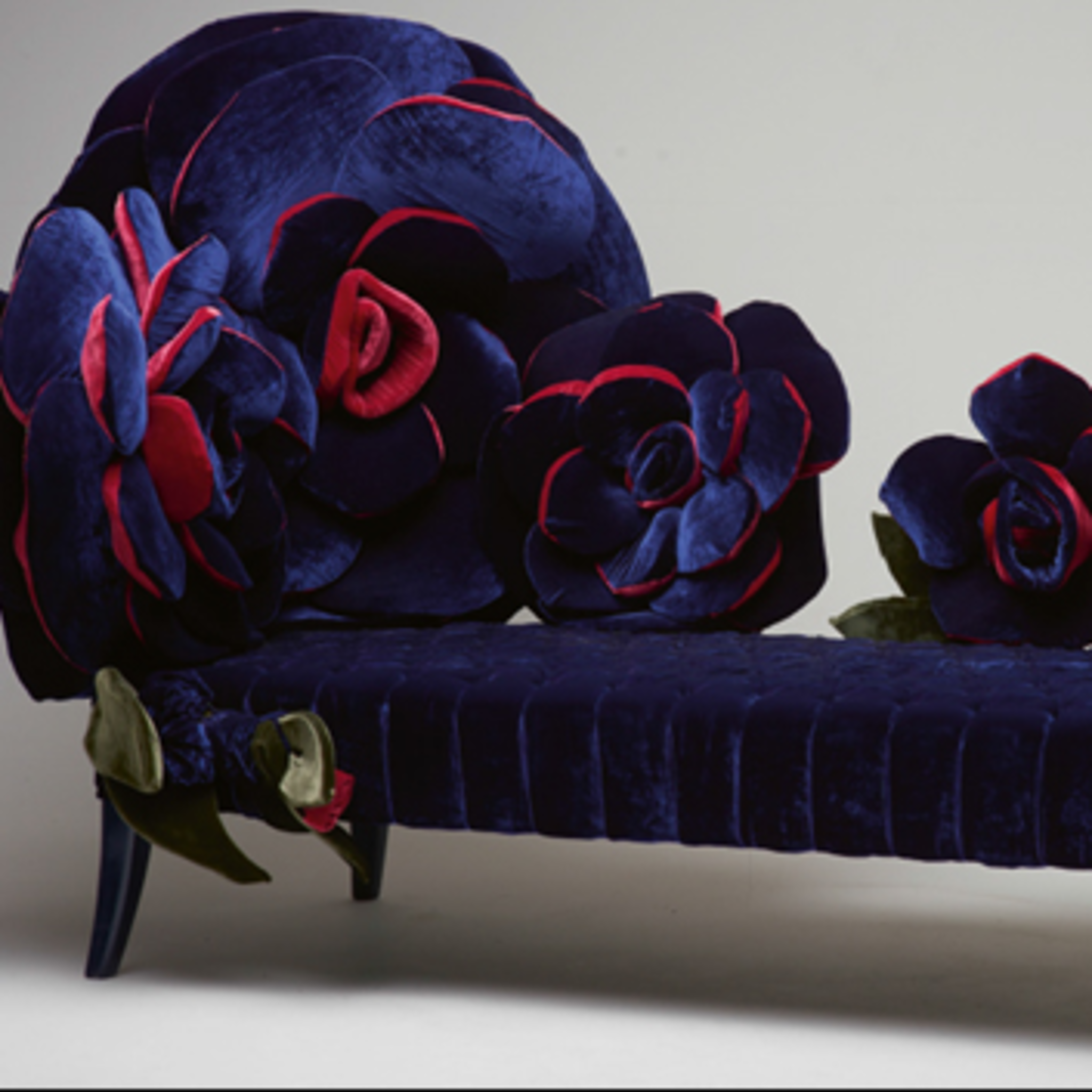 The exhibition The Garden of Delights Carla Tolomeo
Exhibitions 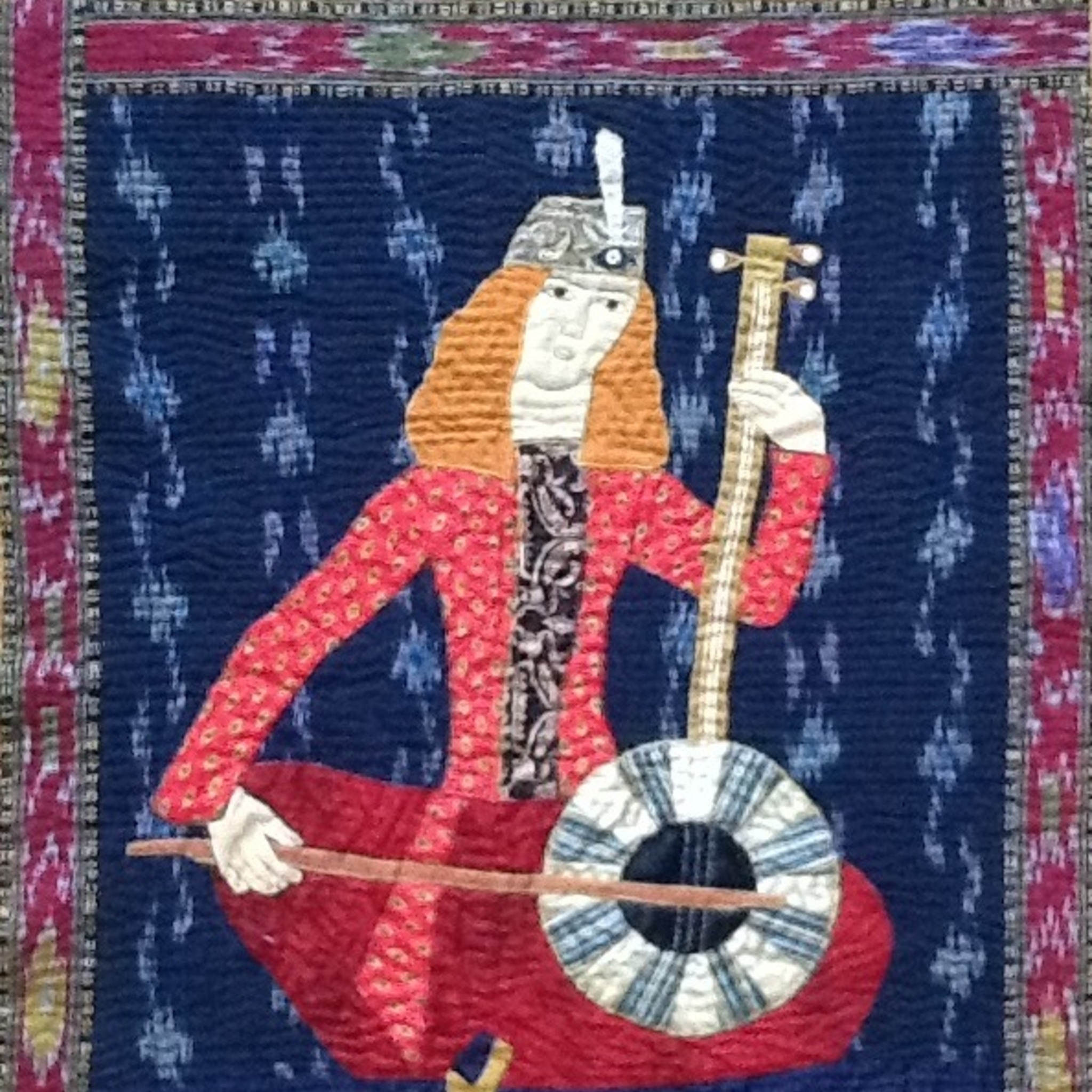 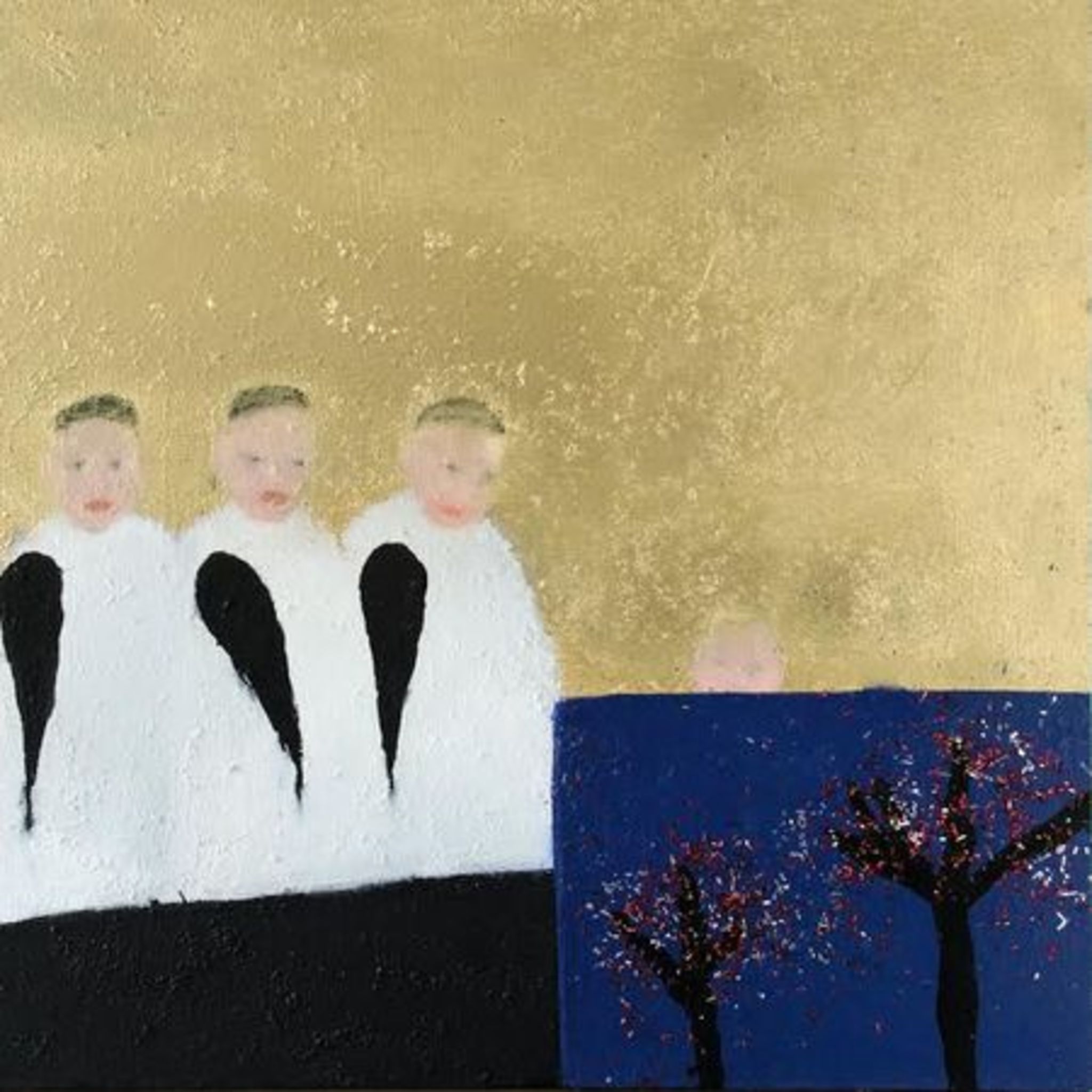